Any attack or defence is allowed and should be executed to an appropriate target – BUT the attacking tool must always stop short of the target to prevent serious injury or death. Normally in competitions and in practice only attacks above the belt and to the front of the opponent are permitted.

A good defence will mean that your opponent only has a few targets that he is capable of attacking to. This gives you the advantage as you know where he is likely to attack to and can be ready to counter when he is vulnerable – i.e. during his attack. To guarantee victory every time you must know your opponent as well as oneself.

Do not telegraph that your are about to move. This tells your opponent that you are about to do something and that he should be ready. This is commonly done in an L-Stance preparing to perform a side piercing kick, the student will often move the forward foot slightly forwards just before he begins to move. This should be avoided. If your opponent scores with a technique you should instantly try to regain those points by performing a counter-attack as he will still be vulnerable.

Trying to break a guard requires brute force or skill (or both). You should always practice trying to break someone’s guard by skill (there is always someone bigger than you). To break the guard you can either move quickly and create an opening that way or you can try to deceive your opponent. You do this by starting to perform one technique when in actual fact you are going to perform a different technique.

It is of no use to kick to the eyeball with knee as you have no chance of achieving your goal. You should select an appropriate attacking tool otherwise the technique will not work, in competition you will not be awarded any points. Also you will find that it is easier to use the correct technique rather than an inappropriate one in many circumstances. An upset punch at close range is easier than a side piercing kick.

Direction of Attack and Defence

Some techniques are more suited to being used in a particular manner E.g. Side piercing kick is very useful for attacking an opponent to the side, Back Fist for an opponent to the rear etc. Using the appropriate technique is not only easier but it is faster and more powerful than trying to attack with the wrong technique.

It is very important to be able to use more than just your favorite techniques, they will not always be the most appropriate so you should always practice those techniques which you do not like. This way when sparring you will be able to use more than just a few techniques. Often when sparring an instructor will see a hand full of techniques being used (punch, turning kick, reverse turning kick, back piercing kick, side piercing kick and low block), rarely will he see twisting kick or flying techniques executed to a target. These techniques are difficult but very effective. Blocking a twisting kick is very hard. By experimenting with new techniques you give yourself an advantage and also you will find which work well for you and how well you can work them in a realistic situation.

Development of Tactic and Manoeuvre

When sparring you can move in any direction (like a real situation) so tactics become an important factor. This comes with experience and by fighting DIFFERENT people, the more you fight the more you will recognise their style.

This is very useful as it allows you to attack the opponent and reduce his chances of scoring a counter-attack. It also has the element of surprise

It is always a good idea to try to recover yourself after being attacked by putting in a well placed/timed counter. This way you do not always need to retreat when being attacked. E.g. opponent executes a left side kick to your left ribs, you in a right L-Stance can perform a reverse turning kick while he s open to attack.

Many people tend to duck, bob or weave an attack rather then actually blocking it, by performing multiple attacks you can catch them out with the second or third technique. Especially with flying techniques people do not expect more than one attack so you gain a significant advantage by being able to perform more than one attack in the air.

By flying past your opponent and landing on the other side in a stance you are forcing him to change his stance, at this point you have the advantage by being able to attack him, also when flying you have the choice of a surprise attack. By using this technique you are creating openings in your opponents guard. This can also be a tactical manoeuvre, if your opponent has a weak side then by flying past you can force him into using that side instead of his stronger side. 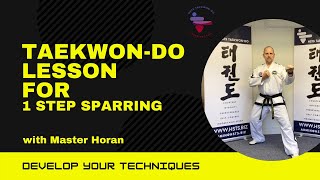 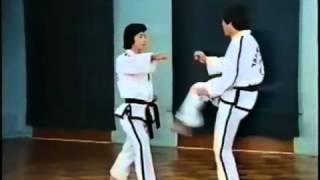 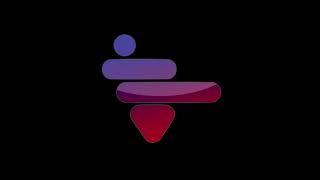 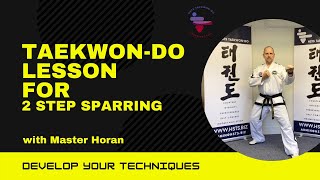 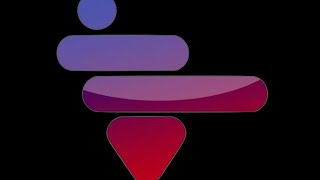 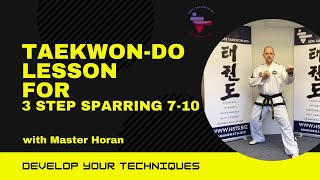